What is the BMC Watchdog? How do I turn it off?

The BMC Watchdog is a function of the BMC to help ensure that servers boot into the operating system:

Note: Using the UEFI Shell does not count as a valid OS boot. In this situation, the system may reboot when BIOS updates are being performed. It is highly recommended that you turn off the watchdog functionality before attempting to use the UEFI Shell to perform BIOS updates.

How To Turn Off the BMC Watchdog 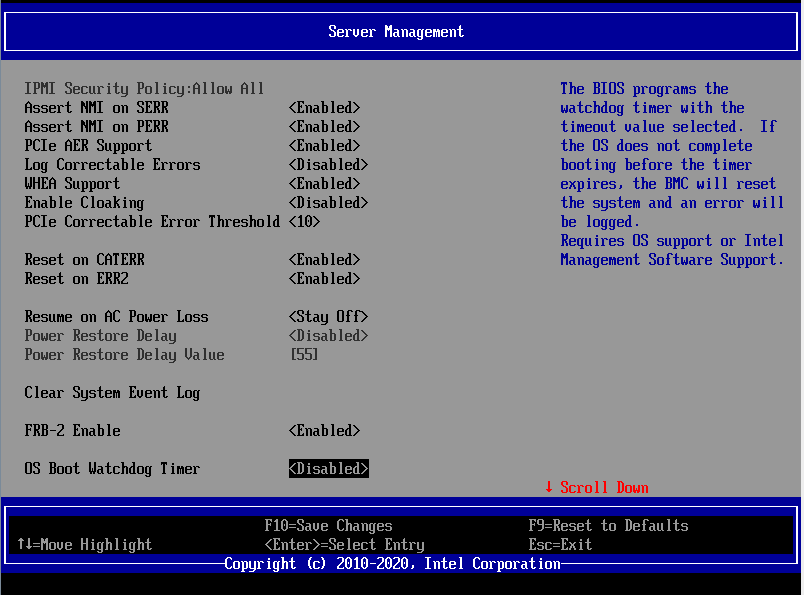 Note: Some Intel BIOS versions may turn on BMC Watchdog functionality whereas previously it was disabled. We always recommend you check the OS Boot Watchdog timer setting after upgrading a server system BIOS.

Article ID: 862
Last updated: 14 Jul, 2021
Revision: 5
Stone Branded Products -> Servers and Workstations -> Frequently Asked Questions (FAQ) -> What is the BMC Watchdog? How do I turn it off?
https://kb.stonegroup.co.uk/index.php?View=entry&EntryID=862